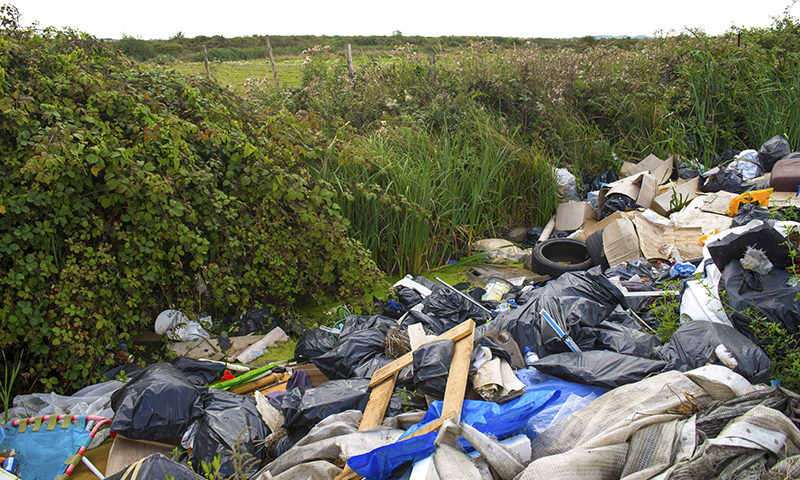 SCOTLAND’S environment regulator took part in four days of action in April targeting waste criminals in the North East of Scotland. The operation saw a total of 59 vehicles stopped and checked – and a range of enforcement actions taken for illegal activities.

Communities in the Moray, Aberdeen and Aberdeenshire Council areas are adversely affected by those involved in waste crime. SEPA is currently tracking around 200 unlicensed waste sites in Scotland. Of these, 22 are in the Grampian and Speyside areas with SEPA considering nine of these as posing a significant environmental risk.

Tackling waste crime is often very difficult due to a lack of witnesses to identify those responsible. The week of road stops was designed to catch those illegally transporting waste, gather intelligence about the nature of waste crime in the area, and highlight duty of care to responsible waste companies and householders.

During four days of activity, 13 warnings and guidance were issued by SEPA. SEPA also gathered intelligence to investigate further potential waste crimes, in relation to waste keeping and duty of care offences, with the potential for enforcement action to be taken.

Police Scotland’s roads policing teams also issued six warnings – these were around the transportation of fuel, and construction and use offences. Additionally, two drivers will be reported regarding driving with no licence and/or insurance, two vehicles were seized and six fixed penalty notices were issued by roads policing officers and the DVSA for overloaded vehicles, an insecure load and a defective HGV tyre.

As part of its ongoing commitment to tackle environmental crime and as an environment protection agency ready to tackle the challenges of the 21st century, SEPA launched a dedicated intelligence and enforcement function in October 2019 to deal with those types of growing activities.

SEPA’s investigative waste enforcement work includes the monitoring of hundreds of active cases including 78 unlicensed sites across Scotland which SEPA considers of significant environmental risk, some linked to serious and organised crime activities.

Kath McDowall, Unit Manager at SEPA’s Serious Environmental Crime Team, said: “As Scotland’s environmental watchdog, we take organised waste crime very seriously. Waste crime is an issue across all of Scotland and there are illegal waste sites of quite significant scale in the North East.

“Waste crime is best tackled on a preventative level. By taking part in Operation Protector, SEPA aims to highlight the extensive work we do with partner agencies and make sure everyone is aware of the duties they have in making sure waste gets to the right place and doesn’t end up fly-tipped.

“During the four days of action, we have been able to issue advice and guidance to people who carry waste, raise awareness of the importance of holding a waste carrier registration and duty of care, and will investigate further some potential waste offences uncovered during the operation.

“We would encourage anyone that witnesses any illegal waste activity or fly-tipping incidents to report it immediately through the Dumb Dumpers website at www.dumbdumpers.org.uk or if the incident is ongoing or believed to be of a hazardous nature report the incident using our 24-hour Pollution Hotline or online at: www.sepa.org.uk/report.”

Not Sure What Waste Removal Solution Is Best For You?